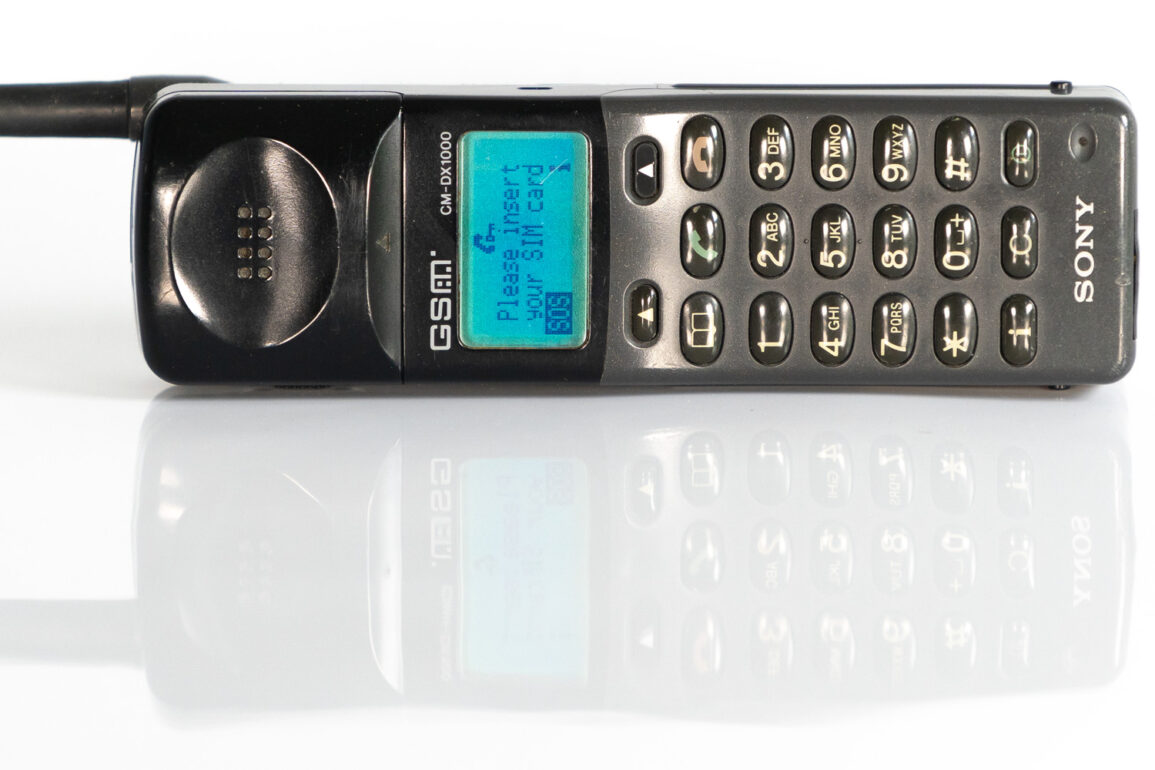 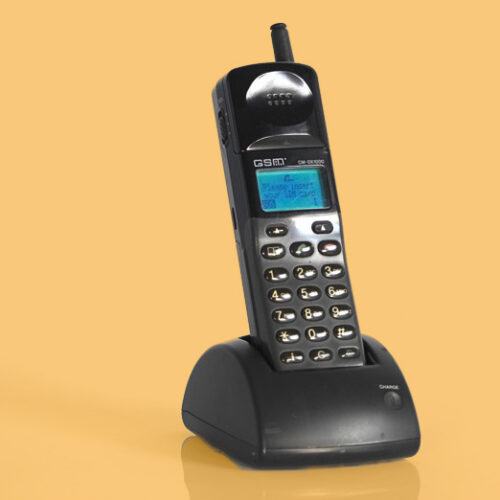 When most people look back to the early years of mobile phones, you’ll picture the giant Motorola “bricks” brandished by besuited bankers, then the memory may settle on a game of snake on the Nokia 3310. Certainly the chances are the first GSM (‘2G’ in modern parlance) phone you recall is from one of the two Scandinavian giants, Ericsson or Nokia. You don’t see the names so much now though – oh, how the mighty have fallen! Or “diversified their consumer offering,” if you prefer.

My first cellular phone (or mobile phone, as we tended to say in the UK), however, came from a much more familiar brand: Sony. It also brought all the advantages of GSM. For the uninitiated, these were digital calls which were both better quality than the early brick phones and couldn’t be listened into by any kid with a high-frequency radio. Better yet, each call used much less bandwidth, so the frequency spectrum the government had sold to the main networks could be shared between far more consumers. In other words, Cellnet and Vodafone (the networks in the UK back then) had an incentive to sell phone contracts at prices accessible to plebs like me (and even more as Orange came along).

An interesting side note, perhaps, is that with the rise 2G and “affordable” phones, consumer electronics made a real shift into to the world of finance, with monthly contracts disguising initial costs. From here it was but a small step to a digital services economy (Netflix, streaming music etc.). I “bought” my phone for suspiciously little from a Cellnet store (in my case) but signed up to a 12-month contract. It felt odd at the time; in a way it’s even weirder how many direct debits I have these days. 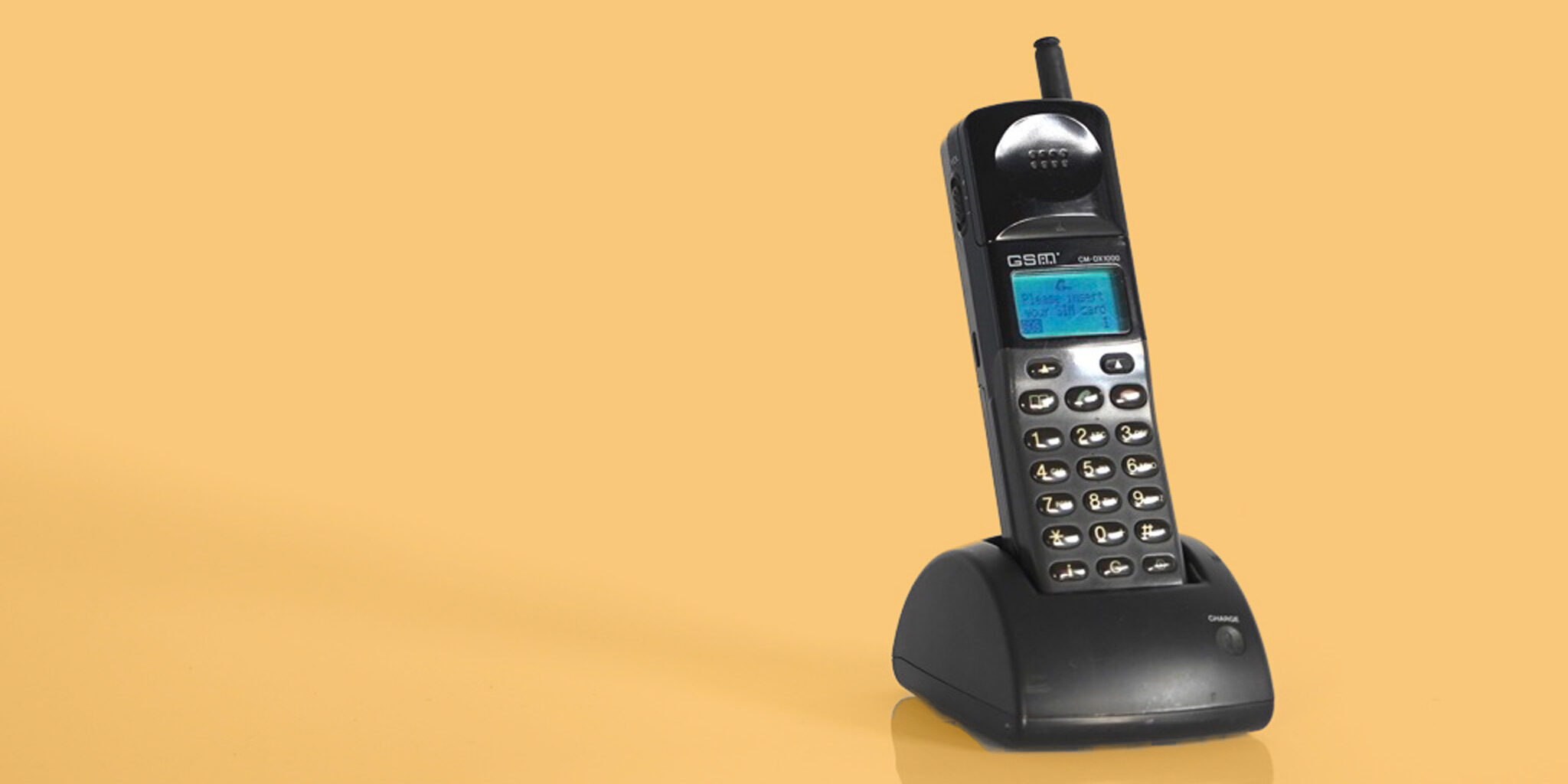 OK, enough context, what about the phone itself? Well, it had one stand-out design feature: a sliding speaker housing that brought satisfying call-finishing as it was physically slid and clicked into place, and of course acted as a keyboard lock. It was almost worth having an argument so you could end a call that way. The slide-out fun was boosted by a full-height antenna, not that I ever detected any effect on call quality, but it gave it a nicely Mulder and Scully feel (the X-Files was only a few seasons in when this phone emerged in 1997).

Function-wise, your CM-DX1000 comfortably pre-dates the app age (the App Store was launched July 2008 with the iPhone 3G). I don’t remember being sold SMS messages with any enthusiasm at the time of the acquisition, and that shouldn’t be a surprise. Texting wasn’t “a thing” then, and only cash-strapped time-rich nerds like me would find typing (up to) 160 characters out on a springy keypad worth their time. You’d also need to know anyone else with a GSM phone – far from guaranteed at first. Geek fact: that 160 characters was pulled off in just 140 byes by using GSM’s own encoding; if you wanted unicode (and your phone let you, unlike this, you’d see that drop to 70).

The real surprise to millenials, though, should be actual experience of “texting” (as it was not yet known). SMS as a service was included into GSM as the technology was developed during the 80s (around the time pagers were starting to acquire the ability to include short messages). It was first used in December 1992 to send the message “Merry Christmas” from a computer. Not until 1994 did the Nokia 2010 emerge with the ability to type out messages ‘easily’ into the handset, which set the method the first wave of phones would use, including the Sony CM-DX1000; alphanumerics on the keypad repeatedly touched to cycle through the possible letters (and a few special characters). No emoticons. But on the plus side, no predictive text. You can delete a characher with the C key at the bottom of the keyboard if you mistype, and even navigate through the message to edit through a fiddly combination of keys.

Was it really a Sony?

Despite the Sony branding, and touches like the keyboard-locking sliding speaker, the phone was actually designed in part by Siemens (a check of the operating system of the similar S4 gives the game away. The screen, 100-entry phone number memory, and 4×16 character mono backlit LCD screen did match. Admittedly the Siemens lacked a pop-up earpiece, and Sony’s 1,350 mAh Lithium-ion batteries (Sony made great play of using Li-ion on camcorders and other gadgets of the era too), but they certainly had similarities – the drop-in charger was identical.

That Germanic practicality made for a quality product – a drop-in charger is so much lovelier than a cable socket – but there weren’t many ring tones to choose from. It also lacked an alarm or timer, let alone games or any kind of browser (it comfortably pre-dated WAP). It did what it did well, and no more. Navigating menus (up/down) was straightforward and the screen did the job.

This wasn’t Sony’s last mobile; there was the CMD-Z1 Plus – a stubby device with a thin fold-down arm with the microphone at the end which served the same function as the pop-up speaker on the CM-DX1000, but looked rather flimsier. I had one of these too and mine never snapped off, but the phone looked a bit sillier than the increasingly fashionable Nokias (which started to sport swappable covers or Matrix-style sliders). Sony’s last efforts were was the CMD-Z5 & Z7 (yeah, that dash does move about between the M, D & Z, doesn’t it?). These were beautiful silver little handsets (the Z5 more so), with better screens, a less worrying flap which covered the keys when the phone wasn’t in use but didn’t house actual components. There were even some simple games. They were great, but Sony’s presence in the phone space was about to take a slightly different turn, though.

They retired their own trusted serif-font branding (until 2013) for the Sony Erricson partnership which, well, could have been better. It could certainly have produced better handsets and, having access to the Walkman brand was well-placed to play a part in the coming age of multi-purpose devices but, like the much more successful Nokia, spectacularly failed to predict the iPod or iPhone, and relied on increasingly clunky interfaces. From the accountant’s perspective, this worked just fine. Every year until 2007 (inclusive) unit sales were rising. But fiddly little buttons and joyless devices (as well as the odd PDA-esque device) were not going to fend off what was coming from Cupertino.

Will it work today?

My phone still powers up, which is a start. I was able to pick up a Giff-Gaff SIM from Amazon for essentially no money. Giff-Gaff as a brand piggy-backs onto what is now the o2 network in the UK, which is what has become of the more prosaically-named “Cellnet”. I charged up the phone (still does so just fine, put in the SIM (Sony didn’t go for the credit-card sized SIMs seen on some phones of the age), activated the account via the Giff-Gaff site and switched on the phone. It still self-identified as UK CELLNET (which made me feel very nostalgic), but was able to pick up what it assessed as 4-5 bars of signal (admittedly in London) and call my iPhone. The only flaw I could detect was that the welcoming text presumably sported some emoticons or other charachters outside the standard GSM 7-bit system as there were some junk symbols, but

It is said that 2G networks are likely to persist longer than 3G since the former are used in other wireless systems, like “smart” electricity meters, so my 22-year old Sony has out-lasted a good number of those which came after it.

The CM-DX1000 was the perfect example of a mid to late 90s phone; it looks and felt perfect, it did what it said, and it introduced SMS messages. It was still, ultimately, a phone without a cord – there was no such thing as a data allowance at the time – but Sony’s design touches made it a very satisfying one to own and use. I can honestly say I didn’t like a phone as much for exactly a decade. Then I got in a queue outside an Apple store.

Video summary too be posted soon, please check back soon.